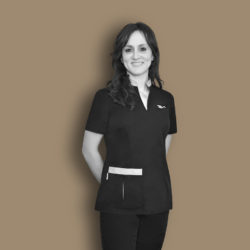 On the other hand, and according to the World Health Organisation, practically all cases of cervical cancer (99%) are linked to genital HPV infection.

Because of the high incidence of the disease in women of reproductive age, many women with HPV consider becoming pregnant, but fear infecting their baby.

In our clinic we have also received enquiries about whether HPV can compromise fertility or what happens if you have human papilloma and are pregnant.

Symptoms of human papillomavirus in women

There are different human papillomaviruses. The most common are HPV variants 6 and 11, which are considered low-risk and usually cause benign genital lesions consisting of “papillomas”, which are small warts or condylomas.

HPV variants 16, 18, 31, 33, 45, 52 and 58 are considered high risk (also called oncogenic) because they cause precancerous lesions and cancer. Specifically, HPV 16 and 18 are associated with uterine cancer.

Often, the presence of this virus is not associated with any symptoms and it is even possible to have it without knowing it.

The most obvious sign of the presence of HPV is the emergence of warts on the genitals (vulva and vagina and cervix). These warts are “cauliflower” shaped, measure between 2 and 5 mm and can also appear around the anus.

Other non-specific symptoms that can alert us to the presence of HPV are itching in the genital organs, increased vaginal discharge, bleeding with sexual intercourse or spots on the skin of the vulva.

If you have any questions regarding these symptoms or if you have had sexual intercourse with a partner with HPV, we recommend seeing a gynaecologist for a gynaecological examination and a Pap test, commonly known as a Pap smear.

The Pap smear does not detect the presence of the virus, but it does detect cellular changes caused by the virus.

How is HPV treated and can it affect fertility?

There are vaccines that can prevent high-risk HPV and those that cause genital warts. They are now recommended, especially for girls, at the onset of puberty.

Both the vaccine and the use of condoms are considered HPV preventive methods.

For people who have already been infected, HPV can disappear spontaneously, thanks to their immune system. There are also drugs or medicines applied locally in the form of ointments, creams or tinctures to eliminate itching and genital warts.

For women who wish to reproduce, it may be advisable to destroy such lesions by laser, electrocoagulation and cold cryotherapy.

In case of a suspicious lesion on the cervix, cervical conization may be performed to remove part of the cervix. As this procedure is limited to the outermost part of the cervix, your fertility will not be compromised. However, it is important to know if you have had this surgery for pregnancy monitoring, as it is associated with a risk of premature birth.

Is it bad to have papilloma and be pregnant, can it compromise pregnancy?

Women diagnosed with HPV can become pregnant and the chances of pregnancy or the baby’s normal development being affected are minimal.

However, it is true that during this stage there may be an increase in the size or number of warts due to the hormonal changes of pregnancy, the increase in vaginal secretions that create a moist environment in the genital area and possible alterations in the immune system.

The general recommendation for women with HPV or who have a history of HPV is to consult their gynaecologist for a cellular study of their genital area before becoming pregnant.

If you are already pregnant and have HPV, specialists may advise against any treatment: although some warts can be removed without compromising pregnancy, it is common to wait for the body to recover after childbirth before starting treatment.

On the other hand, it is recommended that pregnant women do not receive the HPV vaccine.If this is your case, you can do it later if you wish, as breastfeeding women can receive this vaccine without any inconvenience or contraindications.

I have HPV and I am pregnant: Can I transmit HPV to my baby? Will any special measures be taken during delivery?

The chances of transmitting the virus to your child are very low. If it does happen, the baby will most likely recover on its own without developing any symptoms.

The most serious case is respiratory papillomatosis, which occurs when the baby gets HPV from the throat and develops warts in the area. Infection in the birth canal can also lead to laryngeal infection (laryngeal condylomatosis). However, both cases are very rare.

Finally, HPV is not a disadvantage for vaginal delivery. Only in cases where the condylomatous lesions are very severe or extensive may a caesarean section be recommended to avoid genital bleeding due to disruption of the diseased tissue.