What happens when a woman doesn’t ovulate

What happens when a woman doesn’t ovulate

Many of our patients wonder what happens when a woman doesn’t ovulate. The answer is simple: the absence of ovulation or anovulation causes infertility, because without ovulation there can be no pregnancy.

In fact, the lack of ovulation is one of the typical situations found by gynaecologists and assisted reproduction specialists when a woman has problems conceiving.

What happens when a woman does not ovulate? What symptoms does she have?

Explaining what happens when a woman does not ovulate is complicated, although lack of menstruation (amenorrhea) and irregular menstrual cycles are two obvious symptoms that can warn you about this. The absence of stretchy, thick cervical mucus on what should be your fertile days is another symptom of anovulation that you may notice.

On the other hand, if you have an endocrine condition, thyroid dysfunction, or Polycystic Ovarian Syndrome (PCOS), you are more likely to have problems with ovulation and therefore fertility.

How is lack of ovulation diagnosed?

Diagnosing anovulation can be complicated. The origin of this abnormality is related to various hormonal imbalances or functional problems, but also to “external” factors such as stress, eating disorders or excessive exercise, so it requires a multidisciplinary approach.

In addition to a pelvic exam and a analysis of your medical history, your gynecologist will do a follow-up on your menstrual cycle to diagnose anovulation. Among them, several blood tests to measure progesterone levels during days 21 and 23 of your cycle in order to determine if your ovaries are functioning correctly: if this hormone remains unchanged, it is most likely that you haven’t ovulated.

A gynecological vaginal ultrasound is another test used to find out what happens when a woman does not ovulate. This technique allows us to determine the increase in ovarian volume and the presence of multiple small follicles of 2-9mm surrounding the periphery of the ovary which are two symptoms of polycystic ovary syndrome associated with lack of ovulation.

The WHO classifies the causes of lack of ovulation and ovulatory disorders into three main groups.

The pathologies associated with each of them are:

Group I: Anovulation due to hypothalamic-pituitary failure (lack of secretion of GnRH and gonadotropins (FSH and LH))

About 15% to 30% of women with eating disorders such as anorexia or bulimia, who are obese or extremely thin suffer from anovulation. The reason is that nutrition is essential for the secretion of leptines by fat cells which, in turn, produce a neurotransmitter called Neuropeptide.

The neuropeptide is responsible for stimulating our appetite and controlling the activity of gonadotropin-releasing hormone (GnRH) and thyroid-stimulating hormone (TSH), which are involved in ovulation.

Another cause of anovulation due to failure of the hypothalamus and pituitary gland is excessive exercise. About 20% of women who do high-intensity sports training have delayed menarche, luteal phase dysfunction and menstrual disturbances. If this is your case, lack of ovulation may be related to low amount of fat tissue, psychological stress or insufficient nutrition.

Finally, if you suffer from chronic kidney failure or chronic liver disease, it is easy for your LH and sex hormone levels to be abnormally high, which can lead to a lack of ovulation.

Polycystic Ovary Syndrome is one of the main causes of anovulation infertility (80% of cases). PCOS affects 5% to 10% of women of childbearing age and is the direct cause of infertility problems in 20% of couples.

Other causes of anovulation due to hormonal problems are hyperprolatinemia (increased hormone prolactin) and thyroid disorders (hyperthyroidism and hypothyroidism). 2% to 5% of women suffer from said hormonal disbalances and are associated with severe menstrual disorders, including anovulation.

Premature ovarian failure (POM) is the direct cause of 4% to 5% of ovulatory disorders. When a woman’s ovaries do not function properly, they are not able to facilitate ovulation even if the levels of hormones are optimal.

Women with premature ovarian failure stop producing mature eggs and oestrogen from the age of 40, as they start entering menopause.

Can anovulation be treated?

It is estimated that around 35% of women suffer from some type of anovulation throughout their fertile life, whether chronic or transitory. Currently, there are different ways to treat this pathology, although it is necessary to establish an accurate diagnosis.

Depending on its origin, the absence of ovulation can be healed by practicing healthy lifestyle habits through exercise, nutrition, weight control or stress management. In other cases, anovulation can be treated with medication to induce ovulation. For example, in women with polycystic ovaries, the use of clomiphene citrate, aromatase inhibitors or gonadotropins, is effective since they stimulate the body at an ovarian level.

If you suffer from this syndrome, the lack of ovulation can also be corrected with a surgical intervention known as ovarian drilling. Ovarian drilling consists of making several perforations on the surface of the ovary to reduce its volume and encourage the selection of an ovulatory follicle. In addition to facilitating the release of the egg, drilling will also help to decrease the symptoms of PCOS. This technique is no longer used.

Ovulatory dysfunctions, including anovulation, are frequent in gynaecological consultations. And although they can often be healed, they require a diagnosis by a specialist not only to achieve pregnancy, but also to avoid other associated health problems such as diabetes mellitus 2.

If you have questions about your reproductive health, contact us. We have a team of specialists and we will be happy to help you. 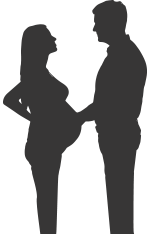